“I’ve learned a huge amount from this conference – the presentations and discussions here have provided us all with a much greater insight into the dramatic changes that are taking place within the water sports media industry.” Said Barry Pickthall, the former Chairman of the Yachting Journalists’ Association, at the end of the first 2-day International Media Conference hosted at the Düsseldorf Boat Show in January. Similar comments came from delegates as well as other speakers. 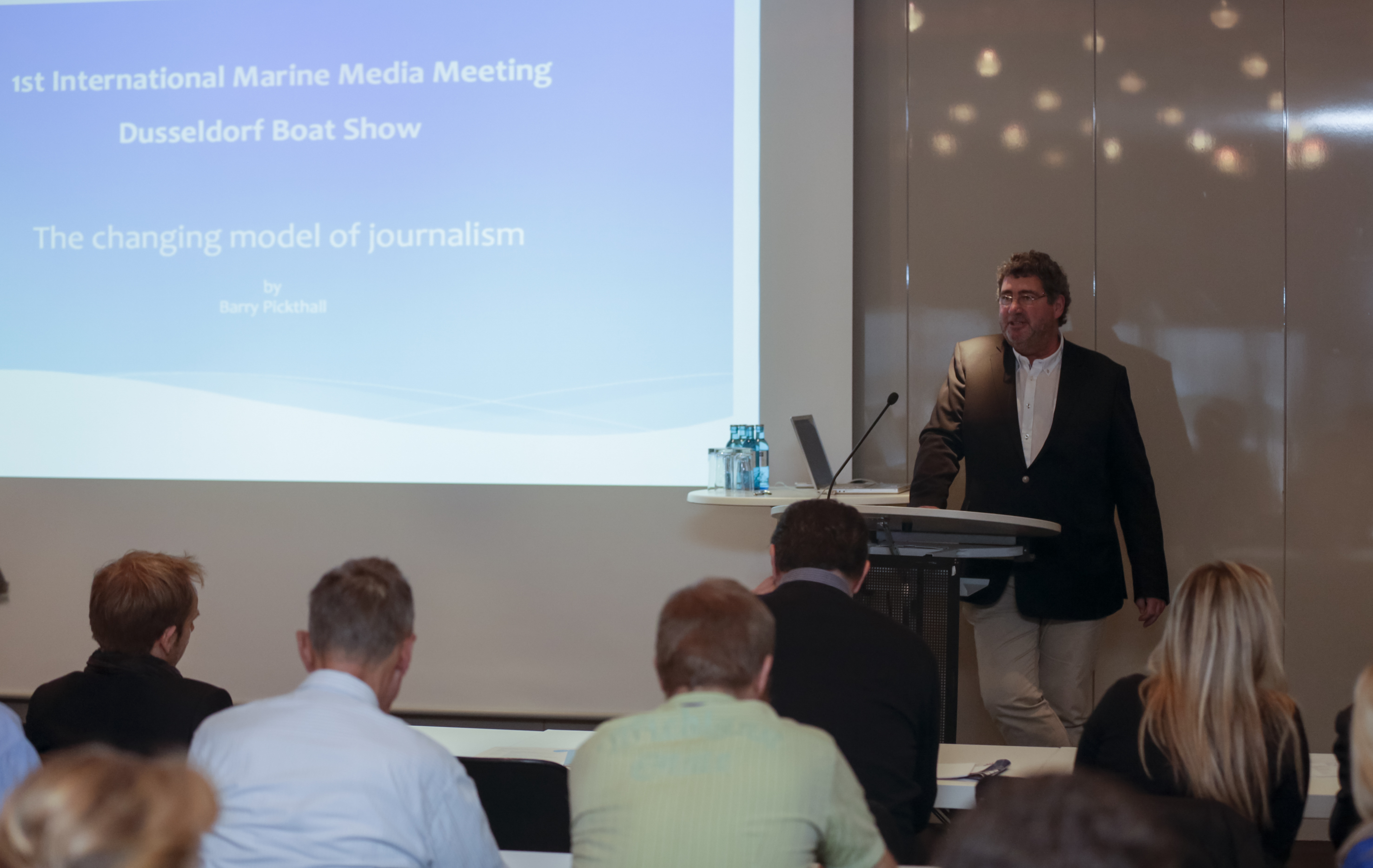 The conference was attended by over 40 media professionals from England, Germany, Italy, Denmark, Sweden, Norway and Switzerland who included publishers, editors, film directors and web and social media experts. The most alarming news was the widespread drop in advertising and circulation figures for magazines and newspapers across the world, but balanced by an equally dramatic rise in web viewing figures. The biggest discussion centred on how to harness this digital age into one that generates an income.

Barry Pickthall as the opening speaker set the scene by tracking the changes through the last four decades, starting with the typewriter, the developments that led to this digital age and what is now the curse for all freelancers – the demand for free pictures and reports. “We keep telling publishers that we can’t eat credits, and this demand for copyright free material is killing freelance journalism.” 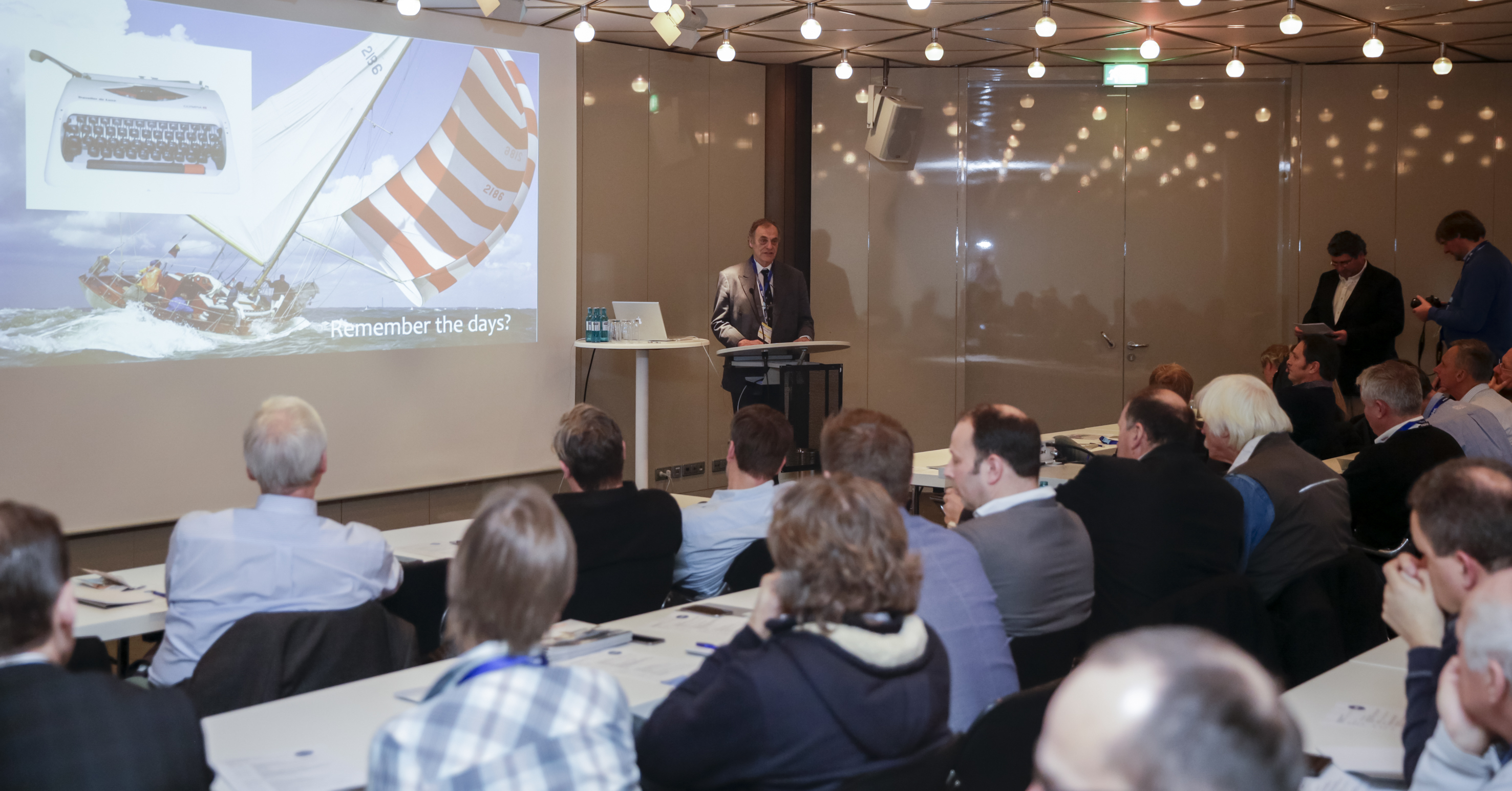 The problem for publishers is fighting falling advertising and circulation revenues across all countries and titles. In the case of “Time.Inc”’s water sports magazines, all have halved during the past two years, which has led to the closure of one magazine and redundancy of 15 staff members. In Italy, two magazines, “Yacht Capital” and “Yacht & Style” have both been closed after circulation fell to just a few thousand. However, for most magazines circulation has now stabilised albeit on a significantly lower level than ten years ago.

But balance this against the equally dramatic rise in web hits. Google searches have grown from a zero base in 1999 to 1,200, 000, 000, 000, in 2012, and latest figures published this week show the search engine giant is now attracting 40,000 searches every second an 3.5 billion per day. Couple this with web viewing figures from the Volvo Ocean Race and America’s Cup, and it gives a good idea of what is happening across our sport. 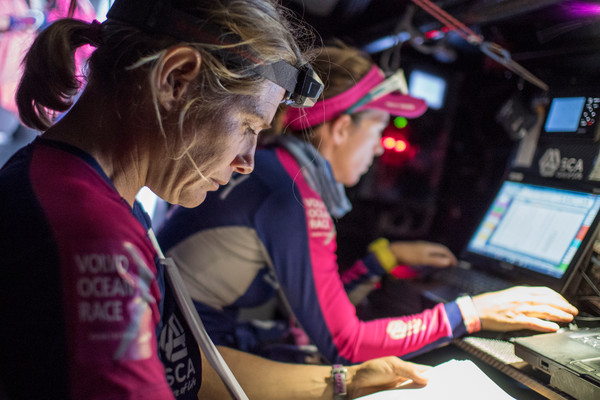 The viewing figures for the 2013 America’s Cup are equally impressive:

Stefan Detjen, editor and publisher of the Swiss magazine WAVE showed how they had harnessed social media and the Internet to publish shortened but animated ‘teaser’ articles to drive people to purchase either the on-line version, or take out a subscription to the printed version. “We are using the web successfully to build a following for the magazine,” he said, adding: “We are successfully building a community of ‘friends of WAVE’ around the magazine which is extremely important!” 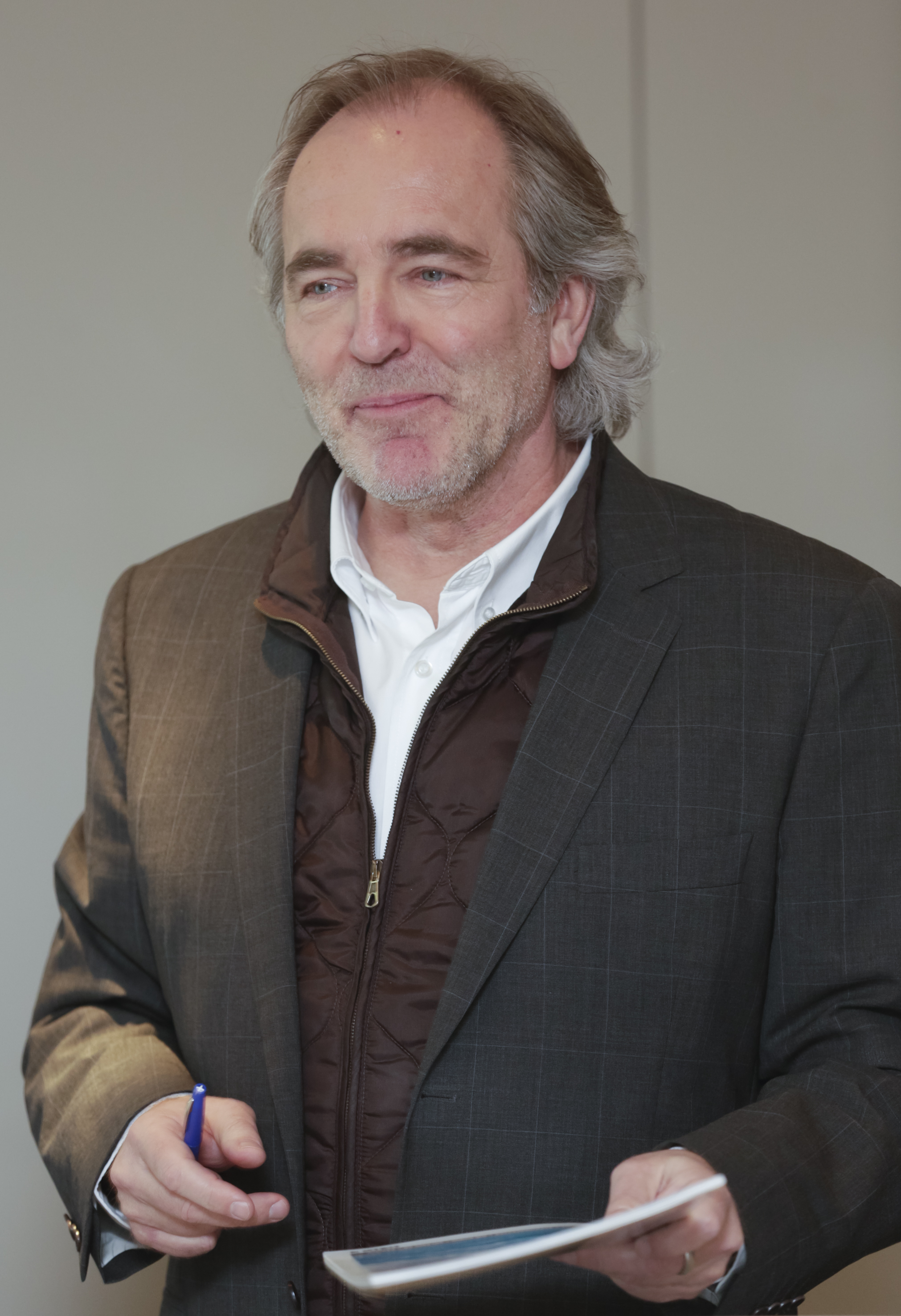 Dr Christoph Ballin, Founder & CEO of German electric outboard manufacturer Torqeedo emphasised the industry’s dependence on a healthy yachting and boating media to provide third party endorsement of their products. “This must be the case for all manufacturers, but being a technology driven innovative company that forces its customers to paradigm change from combustion engines to electric power, this is particularly important to Torqeedo.” He emphasised, adding: “The industry needs the media and the relationship, with regard to advertising and reporting, has to be balanced and not a one-way street in either direction.”

Stefan Gerhard, editor of “Bootshandel Magazin”, related the interesting story of how a cheap, free ads ‘Boats for sale’ paper was transformed into a profitable magazine, despite the rapid growth of on-line brokerage web sites. He concluded that readers found browsing through printed pages of illustrated brokerage adverts and seeing everything on offer much more helpful than searching fixed criteria on web sites.

However the rapid growth of online viewing of brokerage cannot be ignored. Boats.com claim 54 million viewers to their site last year, and Boatshop24.com had 48million.

Jesper Bank, co-owner & Commercial Director of Elvstrøm Sails provided an insight into the global positioning of this Danish company.  “We are driven first and foremost by product development and often forget to tell the world about these innovations” he said, explaining the difficulty they have to reach a global marketing mix with limited resources. “I am sorry to say that we don’t advertise much in magazines. Our marketing is centred around the internet. We see a need for viral video clips but have yet to produce these. We need a younger mind-set to help us with this.” 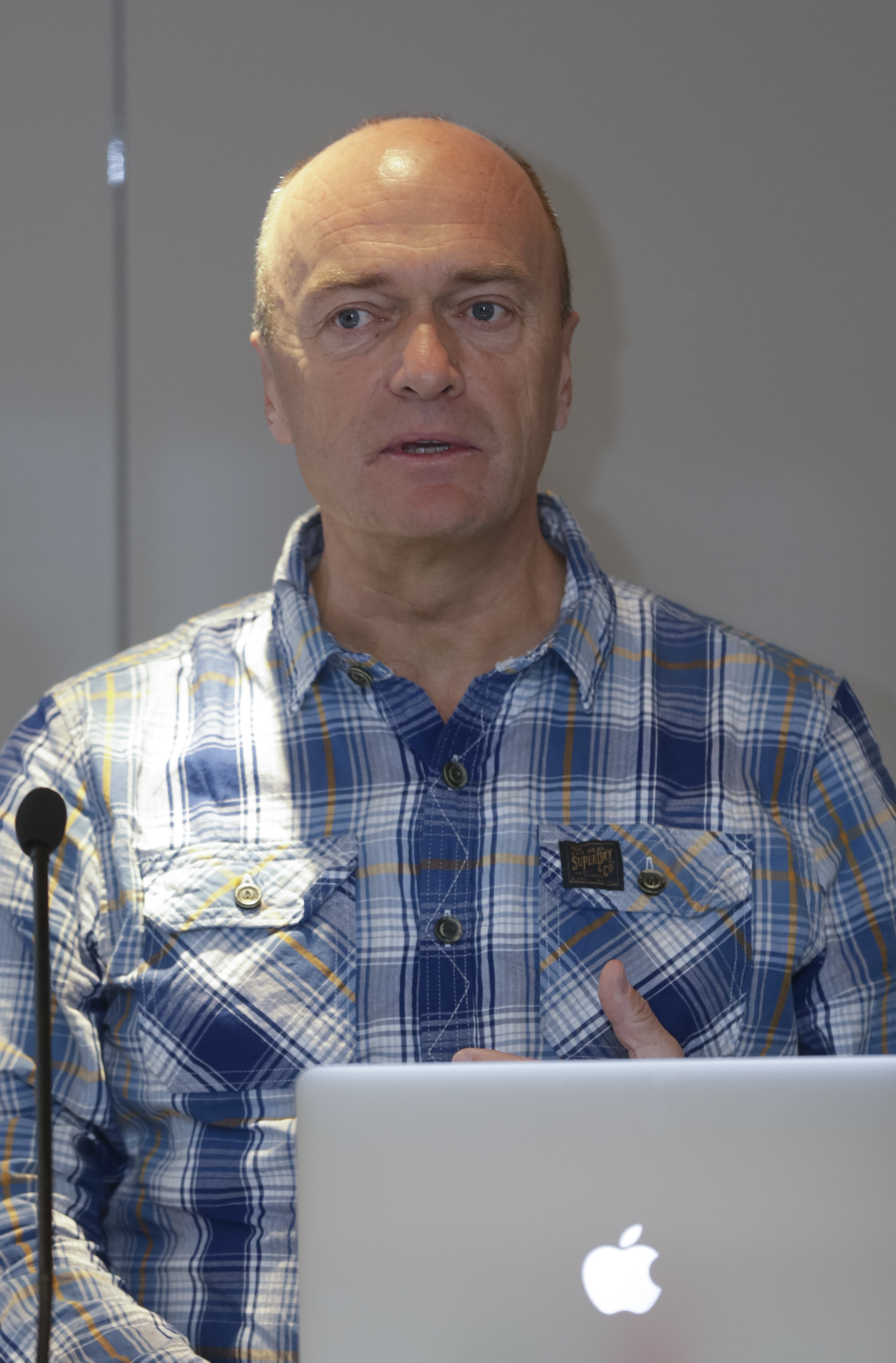 Giles Pearman, Associate Partner of the Swiss PR agency KPMS which has Rolex as one of its clients, spoke of the often edgy relationship between PR managers and the media. He asked his audience to indicate how many press releases they received each day, starting with a show of hands for 10, 20 and 30. He should have gone higher. One delegate often receives more than 150 a day, most of them going into his spam folder. “The PR industry has to target recipients much better with information they are interested in,” he concluded. “PR should be supportive, not bothersome.”

British yachting journalist Tom Cunliffe gave a very amusing presentation on ‘Surviving the electronic hurricane.’ He concluded that he was one of the few attendees using the printed word to drive traffic to his web site. For most, it is the other way round. “The key has been to diversify. I started out as just a marine journalist and now use my web site to promote after dinner speaking, TV commentator, sailing coach, delivery skipper, expert witness and sailing consultant.”

Cunliffe attacked the recent trend among big publishing houses to demand exclusive world rights without paying more than they do for single territory rights. In some cases, he said, publishers are paying less than they did a few years ago.  “I sell my articles to several magazines around the world. Suddenly demanding exclusive world rights without paying any more is a restrictive trade practice and probably illegal.” He said, adding, “Journalists and representative agencies like the Yachting Journalists’ Association have got to fight against this.”

The advice from editors attending the Conference was not to sign these new contracts, but simply continue to submit articles and pictures under previous arrangements.

The Conference ended with Michael Zerrath, Managing Partner of the social media agency makis gmbh, based in Hamburg explaining how they use social media to promote commercial interests and how Facebook can be used to generate readers back to magazines and newspapers.

Short video clips from the event can be viewed on You tube and on www.boat-duesseldorf.com 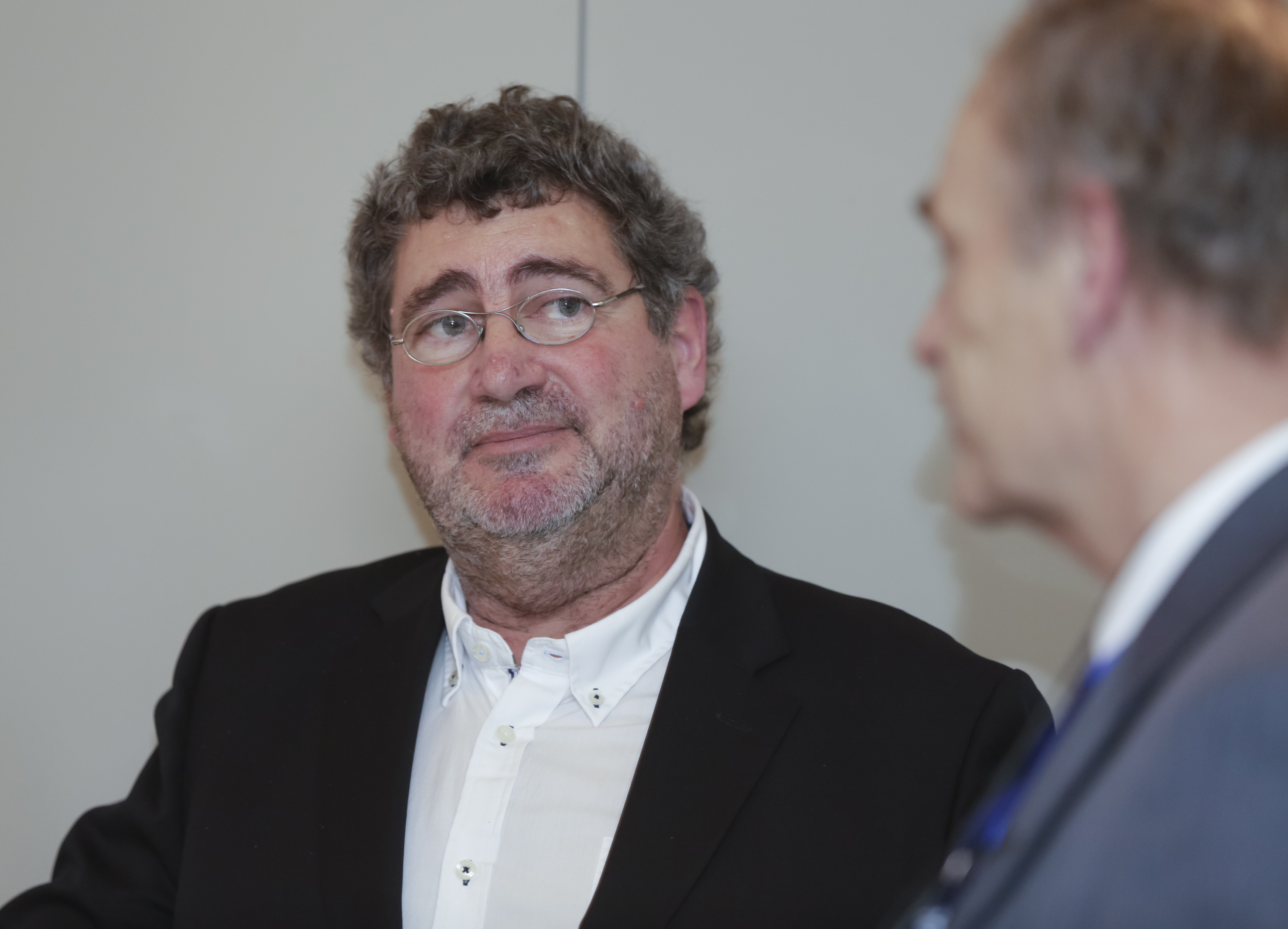